He is busy at work and stressful in life, and often carries out some team building activities, which is of great significance for both the enterprise and the individual. The purpose of the organization of corporate team building activities is for employees to work better and more passionately, and to improve work efficiency in the team. Good team building can promote awareness and understanding between people, promote emotions between teams, enhance team spirit and teamwork ability, stimulate employee enthusiasm, and enhance team cohesion.

At nine o’clock in the morning, the company staff gathered downstairs.

After that, we organized the team members to get on the bus to the destination in an orderly manner. We played an ice-breaking game on the bus. The team members introduced themselves one by one so that they could get acquainted with each other, break down barriers, and get closer.

Before reaching the destination, we took a five-kilometer hike. It was very difficult to walk because of the weather. Although it was very tiring on the way, some people supported each other, and some people behind pushed the people in front to walk, no matter what, no one was there. Give up, everyone insisted on walking down.

Since the team members did not gather within the specified time and delayed the gathering time, the punishment they received was a “healthy gift package”-squatting down is not a big deal for boys, but for girls, it’s a bit difficult, But fortunately, it can be regarded as merciful.

Next is the lunch time. We prepared ingredients, meat, fruits, various seasonings and side dishes in advance. Each group of people showed off their magical powers, showed their skills, and took out their own good dishes. Those who don’t know how to cook are also positive. I helped out. Two hours passed happily and harmoniously in this way. Each group also prepared the finished products of each group. It may be because it was the result of their own labor. Everyone was very happy. The meal was very fragrant. After heavy rain, although the weather was very cold, it did not affect our good mood at all. 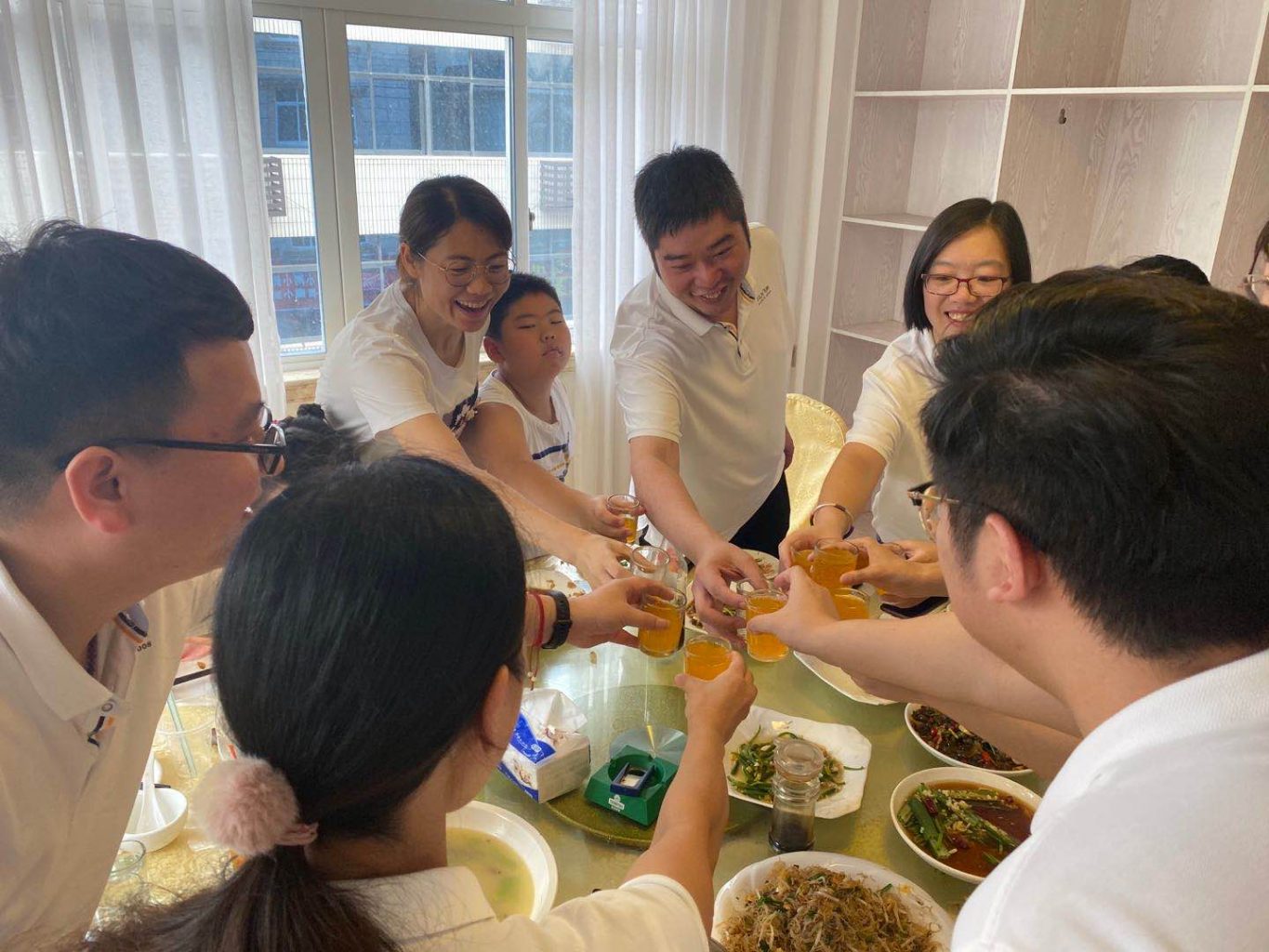 After a pleasant morning, the following is the activity project: First, I did a simple dance to warm up. Although it doesn’t look very beautiful, everyone finished it with laughter.

The second is the real activity project, Yandang Mountain Canyon Rafting! Yandang Mountain is a tourist attraction near our company, and it is also the first batch of 5A-level scenic spots in the country. Yandang Mountain has both the peculiar mountains and peaks and the agility of springs and waterfalls. Among them, the world-famous Dalongqiu, with a waterfall of more than 190 meters high, is awe-inspiring by its majestic momentum, changing forms, and fascinating scenery. We were rafting the canyon at the foot of Yandang Mountain. After putting on life jackets in an orderly manner, each group of people went into the water one after another. The water spilled during the war also broke the last gap in our hearts, and everyone’s faces were filled with smiles. The rafting hasn’t started, one by one has become a dreadful. The next rafting was exciting and layered, with turbulent currents, deep caves, and secluded pools… the rafting ended with a scream and exclamation. 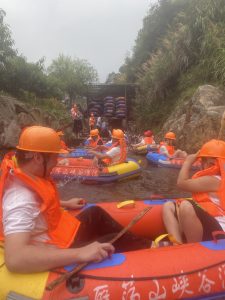 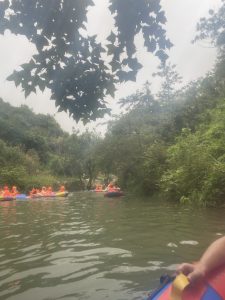